Truth is Better than Trends: Don’t Look for Patterns Where There Are None 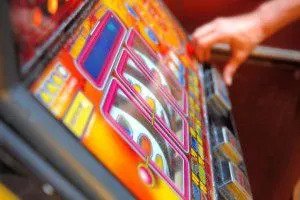 Go to any casino in the world, hang out by the slot machines and ask the players about their “strategies.”

“This machine is due for a hit because I watched the last guy strike out five times in a row.”

“This machine is lucky because they make you go out of your way to get to it.”

“This machine is hot because two people in a row just scored hits.”

The reality is, slot machines are programmed to be random. To program them for anything other than randomness, in fact, is a felony. Yet the endless stream of tokens, quarters, and dollars continue to flow into each and every one of them on each and every day of the year, turning casino owners into billionaires.

The reason? The human mind craves patterns — even where there are none.

When business owners aren’t careful about their own beliefs in patterns, they make themselves vulnerable to big, costly mistakes.

A “Pattern” In Business – A Naïve Faith In Patterns

In my first job out of grad school, I watched as one of the most scientifically advanced companies in the world poured $20 million and twenty man-years worth of scientific and engineering work down the drain.

A single, misinformed PhD physicist convinced a team of the brightest minds in the world that a mathematical concept that was indeed true in one area of science could be extrapolated into an unrelated domain. He suggested that a new kind of thermal insulation with radically better properties was possible, when in fact it was not.

The human psyche wants to find logic in everything – especially in science – so this false information was easy for my employer to buy in to. But in extrapolating a rational concept into a domain where it didn’t belong, these bright minds were duped into a $20 million mistake.

It will happen again. Are you going to let it happen to you?

It is imperative for critical thinkers and leaders to resist the urge to assign meaning where there is no evidence that any exists.

The Key Is Healthy Skepticism.

When reading business books, ask yourself if the author is making legitimate claims backed by objectively taken data, or is he or she taking a legitimate truth and extending it to a realm where it doesn’t necessarily apply? Is the trend the author promotes a data-driven pattern, or is it just the blind hopes of a casino-floor slot junkie?

We naturally want events to fall neatly into place. They rarely do. Stick to the facts and remember that you have an internal antenna that goes up when people stretch the truth. Listen to it — it’s there for a reason. No matter how many honorary degrees or weeks on the Times bestseller list the author has, treat his or her logic with the same healthy skepticism you would that of anyone with an agenda to promote.

In a documentary by Martin Scorsese about the rise to fame of legendary musician Bob Dylan — widely considered to be among the most prolific lyricists in the history of American music — the songwriter reveals that many times there simply wasn’t an answer to the pervasive question, “What did those lyrics mean?” Since the early 1960s, adoring fans and the media have pressed him to reveal the hidden message of vague, cryptic lyrics. Sometimes, the singer revealed, there wasn’t any. He just wrote it because it sounded good in that particular song.

When I was a fresh graduate I got to see the results of drawing conclusions based on an invalid extrapolation – and the result was a $20 million bill. All for a problem that could have been resolved with a free dose of healthy skepticism