The Science of Light: Using Math to Get the Most Out of Optics 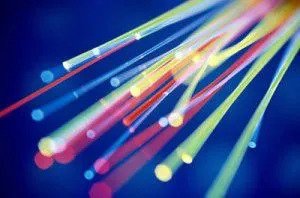 The genesis of today’s solar mirrors can be traced back to the 1970s and the work of Roland Winston — a scientist and professor who is widely considered to be the father of non-imaging optics.

Winston’s mathematical calculations served as the basis for a type of curved lens called the compound parabolic concentrator (CPC), which can concentrate light with extreme efficiency without precisely tracking the motion of the sun.

This concept — using precise curvature to achieve thermodynamic efficiency — is the basis on which solar mirrors are designed and built today.

The Acceptance Angle: Getting Light to Go in and Stay In

Every device has an input aperture and output aperture — light comes in one side and goes out the other. Conceptually like a funnel, the input side is usually big and the output side is much smaller where the concentrated light exits. Similarly, water that enters a funnel’s wide end must exit through its narrow end — unless some splashes back out.

The same concept applies to light passing through an optical device. When the wrong shape is used, some light bounces around inside and “splashes” back through the input aperture out into space.

There is a range of angles — called the acceptance angle — that will allow light to follow the correct path out through the exit aperture. There are a whole host of other angles outside that range which will cause light to bounce back out into space.

Winston’s calculations formed the basis of a shape that maximized the acceptance angle for a given ratio of concentration between input and output apertures.

These calculations have allowed Replex to produce skylights, for example, with curved mirrors to gather the largest mathematically possible amount of light and funnel it into a building’s interior without any light bouncing back out.

The application for skylights is made possible by essentially reversing Winston’s concept. For a skylight, we flip the input and output apertures. Instead of concentrating the light entering the building, we de-concentrate the light, and diffuse it evenly throughout the interior space of the building.

Nevertheless, Winston’s calculations hold true, and because of that, the Replex skylight design is incredibly efficient.

Roland Winston — currently a professor at the University of California Merced — understood the properties of light and how light reacts to different surfaces and curvatures.

Plastic manufacturers must not only understand those same principles, but actually apply them to real-life products. Innovation must continue to flourish in order to bring new mathematical concepts to life and create more efficient, durable mirrors, domes, skylights and other specialty products.